Several days ago, I got an unusual text-message from my son, asking how he might help a stunned Anna’s hummingbird that had struck his dorm window. Based on his description and a photo, it didn’t look good. The tiny jewel likely hit the glass at 30 miles per hour. Indeed, despite his best efforts, the bird died several hours later. Yesterday, I visited the Pember Museum of Natural History in Granville, NY, and decided to spend time among the hummingbirds in the collection. They, too, were quite dead…and nearly 150 years old. Despite their tattered appearance, specs of red, purple, gold and green flickered on their iridescent throats and backs. My lesson for the week is that, whether dying or dead, it’s hard to bring hummingbirds to life, but it is certainly worth trying. 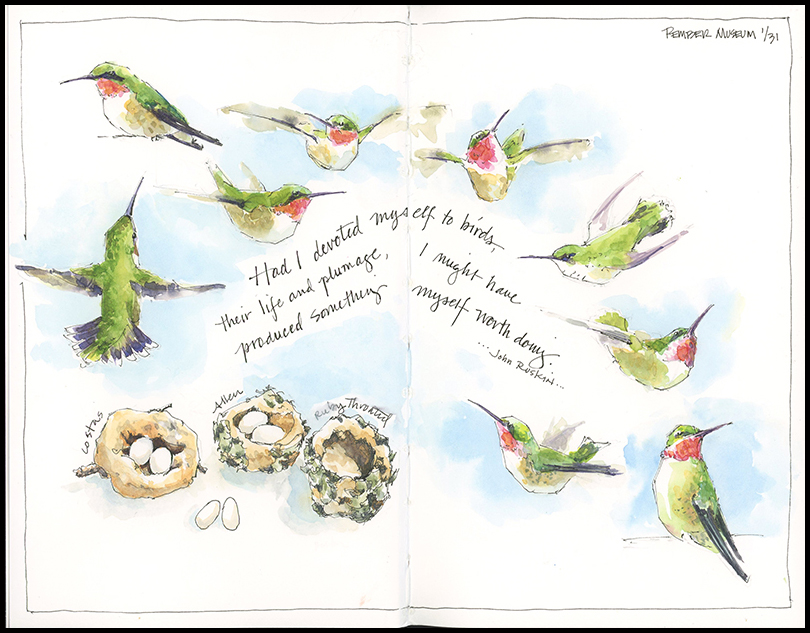 18 Comments on “Bringing Hummingbirds to Life”

Leave a Reply to Sketching on Whidbey Island Cancel reply