Painter Frederic Church (1826-1900) designed every detail of his exotic Persian mansion and expansive surrounding landscape as works of art. Every view overlooking New York’s Hudson River Valley– from every window, door, and balcony– is carefully planned and framed. Every facet of the landscape, including woodlands, open fields, lake, and carriage roads were planned or planted to offer quiet scenes and sweeping vistas no less grand than Church’s spectacular canvases. Olana, as Church named the property, is one of his greatest masterpieces.

It’s also intimidating as hell to paint. In part, that’s because the sky and sweeping views are so vast, and the house—both inside and out—is so full of architectural details. But it’s also Church’s stature as one of the 19th century’s most preeminent American painters that makes it hard not feel small, even foolish, when attempting to paint his view. I took a half hour on Church’s front step to try anyway, and made several smaller sketches from photos later. I much prefer the small stuff, and plan to stick to my own backyard for a while. 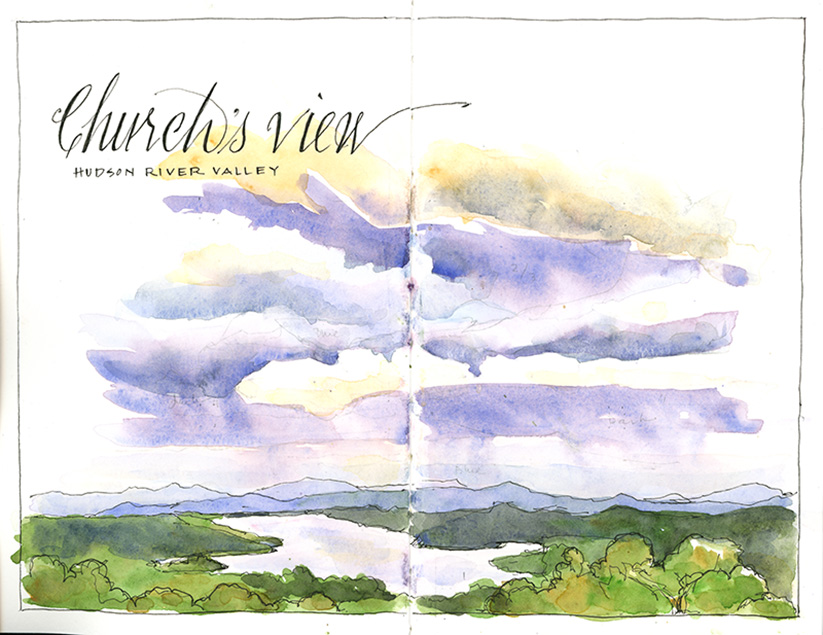 ← Savor the Moment
The Final Journal →